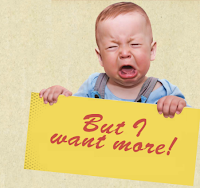 Recently, I came across some persons who requested for a funeral to be celebrated for a relative who passed away while working at a distant place, and the immediate next of kin of the deceased happened to have recently moved from another town to the present town where the parish I am presently ministering to is situated. The deceased had never set foot in the present town where the parish I am ministering to is situated, and the deceased, I am told, went to another parish in a different town whenever the deceased returned from that distant place to visit the grandmother.

At first, I was a little hesitant to have the funeral celebrated, since I knew nothing about the deceased, as the deceased had no other connection with the present town other than only the next of kin who had recently moved to the present town. However, after speaking to a relative of the deceased, who sought my help, and upon getting some assurance from the relative concerning some spiritual background of the deceased, I then acceded to granting a funeral Mass. However, I was quite taken aback, when I received a call from my assistant, who was quite stunned, confused and puzzled as to why he was being dragged into a matter which he knew nothing about. It seems that certain individuals linked to the deceased had complained to the parish priest of a parish of that distant place, allegedly stating that my assistant had refused a funeral Mass, and that parish priest then complained to my assistant concerning such a refusal; but the fact of the matter was that a funeral Mass had been granted, and the whole matter had nothing to do with my assistant.

This makes me wonder... why do people not get the message when no means no, and when a request had been granted at a slightly later time, there is no need to jump the gun and create a ruckus, involving other parties? One should not think that one can pull strings and get their way, or try to pull their weight around, even if pulling such strings or weight would be not right or unjust. After all, surely some things could be granted after proper verification, and certain things cannot be granted, lest the trust concerning such things would be broken, should such demands be given in to.
at October 30, 2018 No comments:

Much Ado About Nothing? 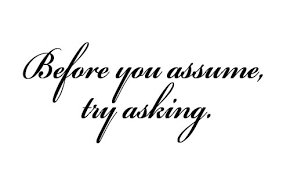 Even in matters of faith and church, it is always good to be clear about what was actually written or said, since sometimes even the smallest matter could be blown up into a big issue or blown out of proportion, just because some had not taken the effort to read or listen carefully to what was written or said. For example, an announcement is made advising people not to feed their children during Mass, since there ought to be a proper time and place to do so, but some seem to interpret such an announcement as if the church is forbidding parents from feeding their children in any circumstances. Then some such persons begin to say that the church is being insensitive or not caring, but if we consider what was said, did the announcement state that parents were not allowed to feed their children at any time, whereas the church had mentioned that during Mass, children should not be fed? After all, if one could show decorum and respect when one is in a banquet in the presence of some VIP (Very Important Person) or even royalty, surely one could show some decorum and respect in the presence of the King of kings at Mass?

So let us make effort not to jump into conclusions so easily, and find out and be clear about what was actually said or written, since what was written or said could jolly well be quite different from what we think. After all, it is better to be clear about the fact of the matter, rather than to end up being misinformed or even unnessarily agitated over a matter which may merely be a figment of our imagination.
at October 14, 2018 No comments: