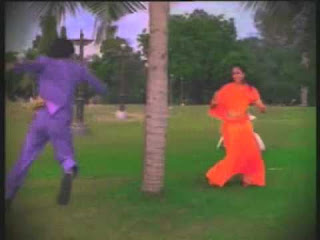 Seems strange that there are some people who get so emotionally charged over what seems to be the smallest matter, and then expect the priest to solve their problem for them. I recall in a not too distant past, a couple (presumably boyfriend and girlfriend), coming to see me with their whole family, because of what I perceived to be a small matter.

It seems that the boy had tried to be a little "fresh" with the girl, by putting his arm around her shoulder (I am told that he only put his arm around her shoulder, and he vehemently insisted that he did not venture further) during one of their "paktoring" endeavours. The girl went home and divulged the development with her mom, and guess what? Her mom was much displeased, told her dad and the news spread to other relations, both internal and external. This led to volcanic eruption and earthquakes of unimaginable proportions, and both families began to "naik bukit, turun bukit, seberangi sungai, seberangi laut, kelilingi coconut tree" in hurling angry utterances at each other.


Surely a matter like this could have been discussed in a civilised manner, perhaps with some tea and vadai or cookies laa. Why do some get so worked up over this, I wonder.
at November 17, 2016